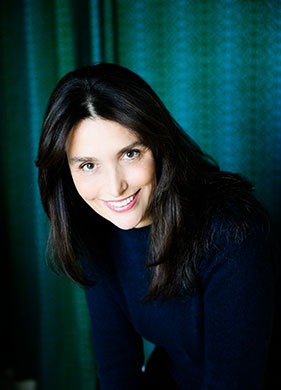 With a diverse career spanning journalism and early-stage investments, Claude Wasserstein is a well-established activist, humanitarian, and philanthropist. Born in France, she holds degrees from the Paris-Sorbonne University, the École du Louvre, and Sweet Briar College (Virginia). Ms. Wasserstein began her career as a journalist for Newsweek’s Paris bureau, before serving as a long-time producer at CBS News, working out of the network’s Dubai, Belfast, London, and Paris bureaus. During her time at CBS News, she won an Emmy for best investigative series. Ms. Wasserstein is the founder and CEO of Fine Day Ventures, an early-stage venture capital firm dedicated to investing in innovating and impactful new technologies.

In addition to serving on the board of trustees for KHCF USA, Ms. Wasserstein is a trustee of the American Hospital in Paris Foundation, as well as a member of the Metropolitan Museum International Council, the Council on Foreign Relations, and the Brookings Institutions. She is also a life trustee at WNET Channel 13 and a recipient of France’s Insignia Chevalier of the Legion of Honor.

She currently resides in New York City with her two sons and her niece.