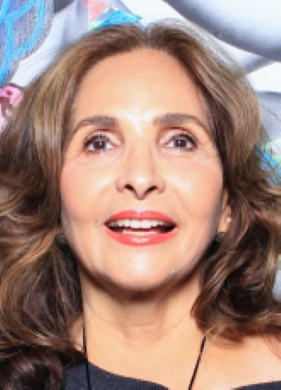 Samia Farouki is a highly accomplished businesswoman and activist who holds degrees from the American University in Beirut and George Washington University. Along with her successful career as the founder and CEO of Hii-Finance Corporation, a global investment group and trade organization, Ms. Farouki has dedicated herself wholeheartedly to a number of causes, including education, the arts, healthcare, and women’s empowerment.

In addition to serving on the board for KHCF USA, Ms. Farouki is a current board member for the Middle East Institute, the King Hussein Foundation, the Kennedy Center’s International Committee for the Arts, Bridges for Understanding, and Tomorrow’s Youth Organization. She has previously served as a board member for the Lab School of Washington, the Folger Shakespeare Library, Vital Voices, the Corcoran Gallery, Teach for America (D.C. region), the Arab-American Cultural Foundation, the Washington Opera Company, and the Aspen Institute’s Middle East programs, for which she served as co-chair. She currently resides with her husband in the Washington, D.C., where they have been living for more than 40 years.