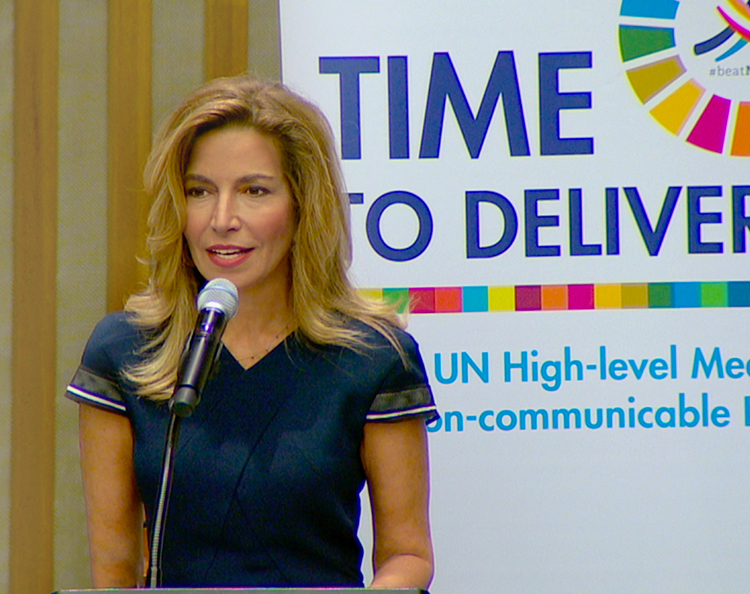 In her speech, Princess Ghida called on world leaders to take strong action against non-communicable diseases, a humanitarian catastrophe that is destroying societies across the globe.

She said “Isn’t it time for international communities to unite against these diseases that threaten so many? Cancer alone will have claimed the lives of 10 million people in 2018, and will lead the list of fatal diseases by the end of this century. The only choice left to us now is to rise and fight and win.”